Every tiny dot matters at this ‘pointillism’ art exhibition in KL

Researchers Reveal the Origin Story for Carbon-12, a Building Block for Life

The Nature Pointillism exhibition at GMBB, a creative community mall in Kuala Lumpur, has opened up a whole new world for the four participating artists, who each come from different arts and publishing backgrounds.

Pointillism refers to a painting technique that uses tiny dots of various colours to create objects as desired by the artists.

“Pointillism was a revolutionary painting technique pioneered by (French painters) Georges Seurat and Paul Signac in Paris in the mid-1880s. It was a reaction against the prevailing movement of Impressionism, which was based on the subjective responses of individual artists. Pointillism, by contrast, demanded a much more scientific approach,” reads a description from auction house Sotheby’s.

Emila, 53, began to delve into the pointillism technique after being inspired by the artworks of Signac, which were on display at the Albertina Museum while visiting Vienna in 2019. 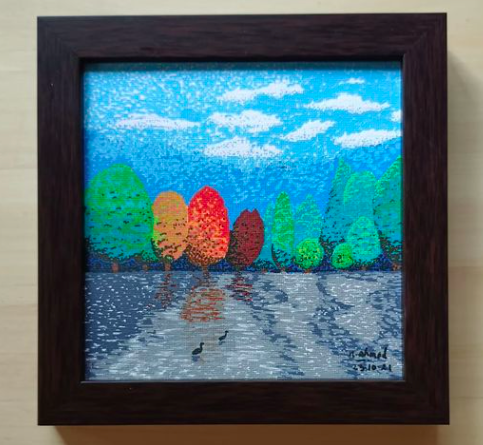 “I hope this exhibition shows people that anybody – without any art background – can make art if they put their heart and mind into it.

“And that with daily practice, they can create their masterpieces that they never thought they could,” said Emila.

The artists involved in the show offer evidence that hard work and patience can inspire a lively and colourful pointillism exhibition, involving nature as its theme.

“(Producing paintings) using this technique helped me to learn to be patient because to complete the layers of colours takes time, sometimes days, but I feel satisfied when I see the results,” said Yan, 43, who started her career as an engineer before becoming a translator.

Noorsa’adah, 43, a co-owner of an indie book publishing company, said initially she had doubts about her ability in painting, but with Emila’s guidance and encouragement from the other three women, she finally discovered the joy in painting using the pointillism technique, which had also helped her realise her potential. 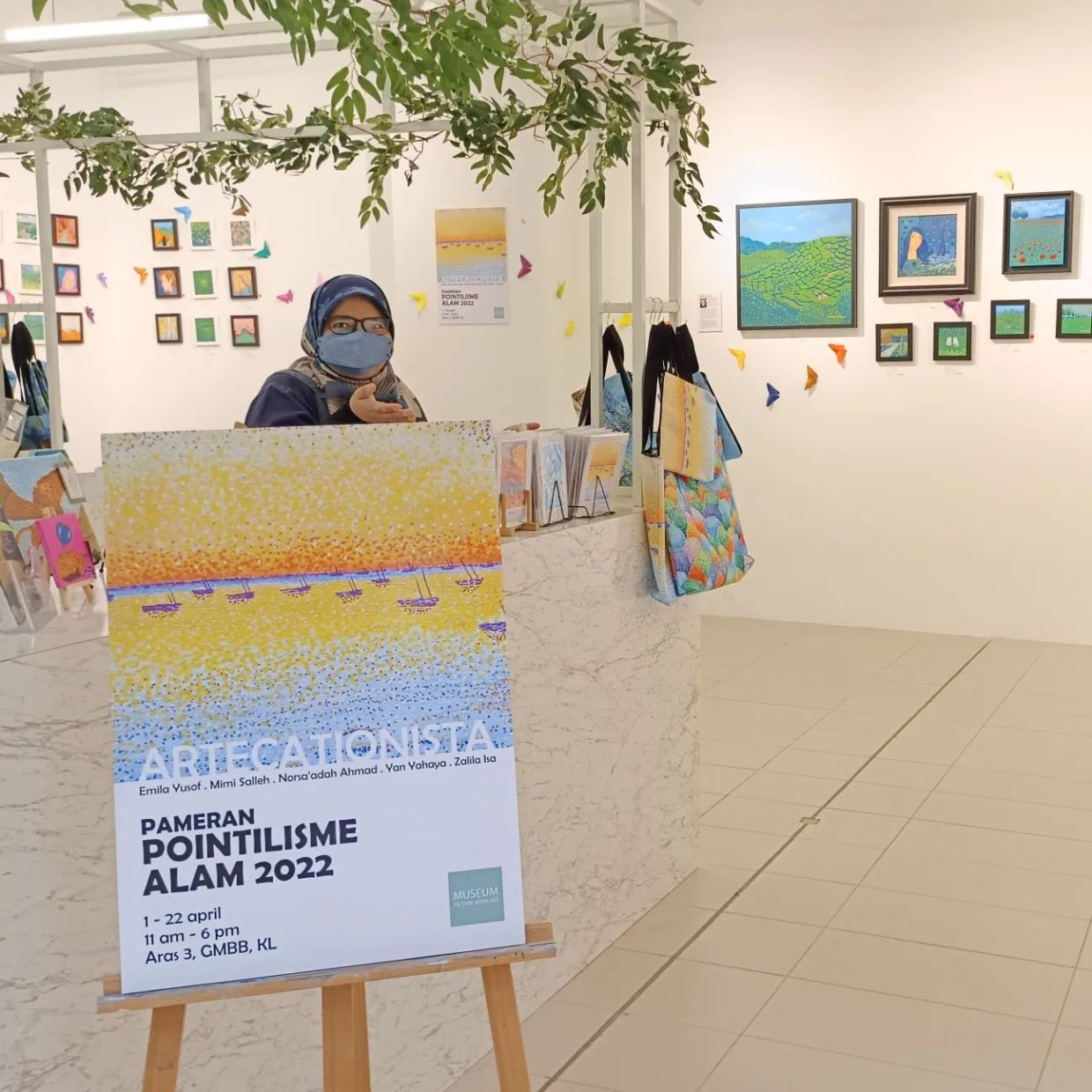 The ‘Nature Pointillism’ group exhibition at the GMBB mall in KL features more than 50 works from the five artists. Photo: Artecationista

Mimi Salleh, 48, an author of picture books for children and articles on arts, said her latest creative venture – pointillism art – helped her to see things from a wider perspective.

She added that her confidence soared when she managed to finish each painting using the technique.

Zalila, 44, who is an editor, said she didn’t want to miss the opportunity to collaborate with her favourite Malaysian artist Emila. As her confidence grew, she began to embrace pointillism wholeheartedly, as she picked up new techniques with Emila’s help.

“Drawing is not just recording what you see and think in the form of paintings, as it also changes my perception of nature (especially). Now I look at the tree, its leaves and twigs, the various hues of greens more closely,” she said.

The exhibition at GMBB comes under the Artecationista banner, a newly-formed outfit working to create more awareness about the art of pointillism.

Previous Microsoft is building an ad program that will let brands advertise in Xbox games
Next Small Business Marketing 101: Getting Started

Powered by WordPress | Designed by TieLabs
© Copyright 2022, All Rights Reserved